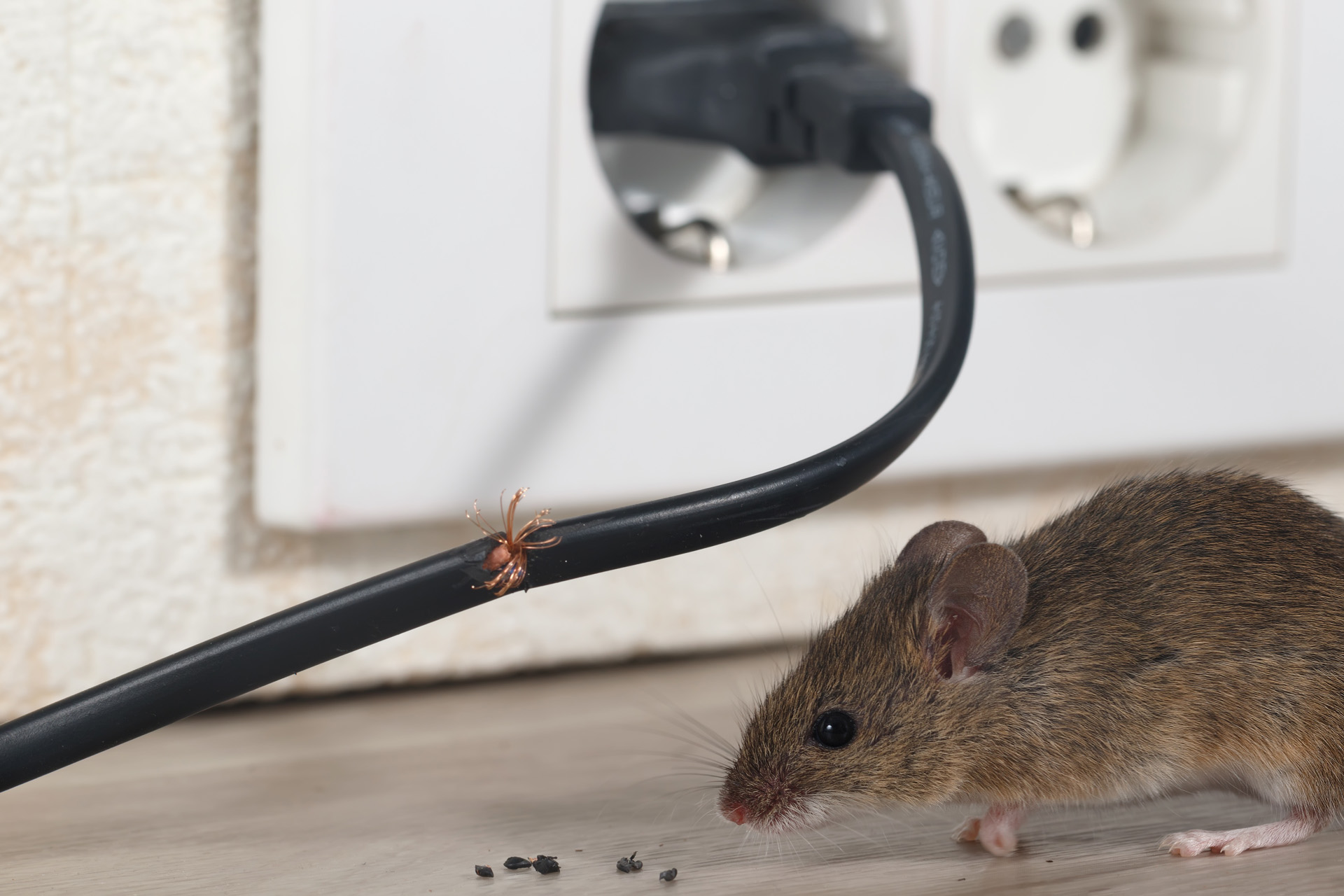 The three common wild rodents that live with people are the Norway Rat, Roof Rat and House Mouse.

*  Crawl horizontally on any type pipe or conduit

*  Jump horizontally at least 8′ from an elevation of 15′

*  Burrow down vertically to a depth of 4′ in soil

*  Climb vines, shrubs or tree’s or travel along telephone or power lines to gain access to upper stories of buildings

*  Reach as much as 13″ along smooth vertical walls

*  Swim as far as a 1/2 mile in open water and tread water for up to three days; travel in sewer lines even against substantial current and dive through water plumbing traps

Rodents and their parasites carry many diseases, including plague, salmonellosis, leptospirosis,Typhus and Hantavirus. The Centers for Disease Control and Prevention reports about five to 10 cases of plague every year. Some human cases come from people contacting wild rodents in natural areas in the course of recreational pursuits. A real danger remains in rodents, such as squirrels and field mice, could spread the disease to urban rats and from there to the human population. New housing continues to encroach upon wild rodent habitats in many areas and periodic drought and brush fires in the western united states may also serve to bring wild rodent carriers of disease more in contact with people and rats that live in and around buildings.

It is not uncommon to find Deer Mice in urban or suburban areas, where they may often live in parkland, wooded areas, brush piles or firewood. Deer mice, with their role in Hanavirus, should be discouraged from inhabited areas by keeping brush and weeds removed from such areas. Putting stored items and firewood on racks off the ground will help reduce use of these areas by small rodents.

The Norway rats, roof rats and house mice are omnivorous, eating both plant and animal material. The roof rat may favor fruits, nuts and vegetables to a greater extant than its commensal counterparts. Yards with fruit tree’s are especially prone to attracting roof rats, particularly if ripe fruit is not harvested or dropped fruit on the ground is not removed.

Feeding pets outside and leaving behind dog or cat food is also attractive for rodents.